Blossoms Model United Nations 2018 was a model conference which recreated the atmosphere of the United Nations council in a school setting. It provided the participants with a stage to express, explore and learn. A wide variety of international issues of concern were discussed, and debated upon.
BMUN 2018 officially began in the evening of December 23, 2018. The opening ceremony was graced by the presence of the Chief Guest, Professor Irfan Habib, and the Guest of Honour, Professor Javed Talib; both of whom shared their words of wisdom, which inspired the participants and guided them throughout the duration of the Conference.
The next two days were enriched by active participation by the delegates, each representing his/her respective delegations in one of the three committees, namely the United Nations Security Council (UNSC), the World Health Organization (WHO) and Lok Sabha. The members of the International Press (IP) recorded the whole conference and presented their recordings to the delegates during the closing ceremony. The committee sessions were full of heated debates, and temporary tactical alliances between the delegates. The occurrence of pre-planned “emergencies” added a new sense of zeal in the participants.
The closing ceremony took place in the evening of December 25, 2018. The best delegates of each committee were awarded. Various musical performances and a bon fire were arranged for the entertainment of the delegates.
The conference was effective in providing the students with factual and practical knowledge of the required decorum and interactions in the structured environs of big organizations such as the United Nations. This happened in a fun and interactive way, which was, to begin with, the primary objective of the Blossoms Model United Nations.
All in all, BMUN 2018 was a resounding success. It was the ceaseless and untiring hard work and effort of the teachers, staff members, helpers and students which made this possible. 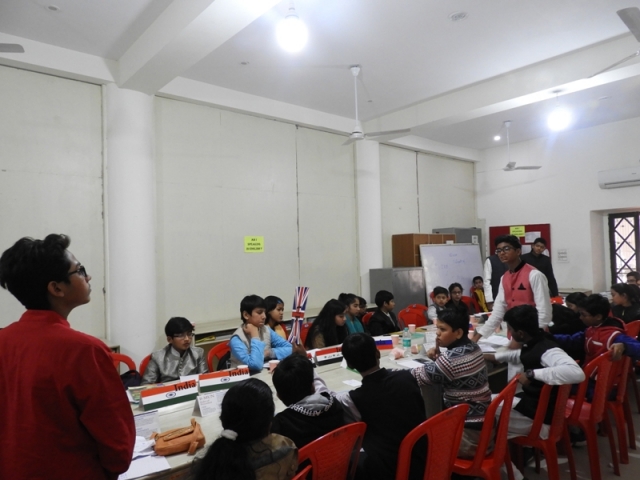